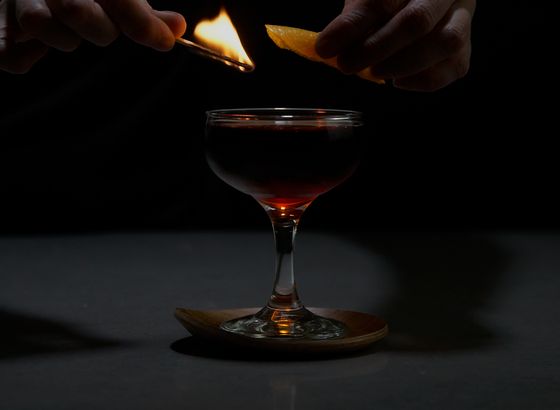 The basis for many all-time classics, the history of the cocktail is inextricably intertwined with this humble grain spirit

Whisk(e)y encompasses a broad category of spirits distilled from various fermented cereal grains and aged in wooden casks. Various grains are used for different varieties, including barley, corn, rye, and wheat, which in turn lend unique flavor to their respective product. Malt whisky is made primarily from malted barley, whereas grain whisky can be made from any type of grain.

In the 15th century, the art of distillation migrated from the European continent to Scotland and Ireland, where lacking the vineyards and grapes of the continent, they turned to fermenting grain mash, resulting in the first distillations of modern whisky, which were raw and unaged. European colonists brought their whiskey distilling practices to America, and centuries later American whiskey is a product unto itself with unique standards of identity. Whiskey-making was one of the first cottage industries in the new world, predominantly made by farmer-distillers, for whom it was a practical waste reduction and profit avenue. Until the mid-eighteenth century, whiskey was made in relatively small quantities and without distinctive or consistent techniques.

Improved distillation technology allowed manufacturers to produce whiskey more efficiently, and at a lower cost, which led to the production of grain whisky, a less intense spirit than its malt based relative. The lighter flavored grain whisky, when blended with the more potent and fiery malts, extended the reach of Scotch whisky to a considerably wider market. Rye whiskey was very popular during Colonial times, especially in the Northeast US, traditionally produced in Pennsylvania and Maryland. Prohibition damaged the industry and only a few distilleries—such as Old Overholt—continued production after repeal, although much of the production has long since decamped. A stall in brandy production in 1880s France left an opening for whisky to emerge as a top player in the spirit industry.

Bourbon, Tennessee whiskey, and rye are all examples of straight whiskey, which must be aged in newly charred oak barrels for a minimum of two years. Only water is added to dilute the alcohol, which must be at least 80 proof. Blended whiskey is composed of both straight whiskey and neutral spirits; generally, the taste is more mellow than both the straight or single malt whiskey varieties. Bourbon, rye, and blended scotch are the most frequently employed whiskies while mixing, and likely one of the first bottles to occupy a growing home bar. They are inseparable from the origins of North American cocktails, forming the base of some of the most beloved and fundamental recipes. Rye, not bourbon, served as the base for many pre-prohibition favorites. For some time rye faded from production and bourbon slipped its way into many of the recipes. Thankfully as bartenders and imbibers have increasingly taken to flipping through the pages of old recipe books, rye has experienced a revival and is once again readily available to recreate the spicy formulas of old.

Bourbon’s smooth, sweet, full bodied flavor makes it the base of choice for many of the most popular whiskey cocktails. It is a very versatile whiskey made from a grain mixture of at least 51% corn, aged in charred new oak, and distilled to no more than 160 proof. No blending or additives—except water to reduce it to bottling proof—is allowed in bourbon. Distilled since the 18th century, this variety has a long standing association with Kentucky, but this association is loose as opposed to strict; there are no geographic standards of identity like Scotch or Cognac, and it may be made anywhere in the United States. It’s versatility lends itself nicely to a wide range of drinks ranging from the world-famous mint julep to old classics like the seelbach and newer standbys like the revolver.

The spicier, slightly fruitier cousin to Bourbon, rye whisky is produced from a fermented mash of not less than 51 percent rye, and stored in charred new oak containers. Historically produced primarily on the east coast, it is the historical foundation for some of the most iconic North American cocktails. Rye adds a lighter, drier character to drinks, mixing well with rich and bright ingredients alike. There is a notable spiciness and slightly bitter flavor that naturally expels from the grain itself. If you're looking for an authentic Sazerac, Vieux Carre or Manhattan, you'll want to pick up a bottle of rye. For those more accustomed to bourbon, try a variety such as Rittenhouse Rye, which has a rye content closer to the minimum.

Scotch whisky is a distinctive product of Scotland, crafted in compliance with United Kingdom law regulating its manufacture, requiring maturation in oak casks for at least three years and bottling at a minimum alcoholic strength of 40% abv. Although a smoky aspect defines scotch, each region of Scotland produces different and distinct flavor characteristics. This is particularly evident in single malts. When choosing a scotch you will find either "single malt" or "blended" on the label along with an age statement. Blended scotch, made from a careful selection of single malts and grain whisky, is the best base for mixing and the perfect fit for the standards like a Rob Roy or Blood and Sand. In his excellent guide, “The World Atlas of Whisky,” Dave Broom asserts that in good blended Scotches, grain whisky coaxes out the complexities of a malt by emphasizing secondary characteristics that might otherwise be hidden. They tend to be more mixable with a variety of ingredients and are often sold at a more reasonable price than single malts. Single malt, distilled entirely from malted barley from a single distillery, is best reached for when sipping, as it is pricier, more aggressive, and doesn’t play as well with others. However, on occasion they are called upon to add bold flavor in place of or alongside blended varieties. Big, bold, and peatier scotch whiskies such as those from the Islay region are best employed as a float or mist to add smoky dimension. The classic Penicillin is an excellent example of this approach.

Bourbon and rye can often be substituted for each other. A bourbon yields a slightly sweeter mix, while rye provides a bit more spice, and yields a drier product, it’s best to tailor to taste. Scotch of the blended variety can sometimes replace a bourbon for a slightly richer, smoother result, though the results may not always be quite as good. 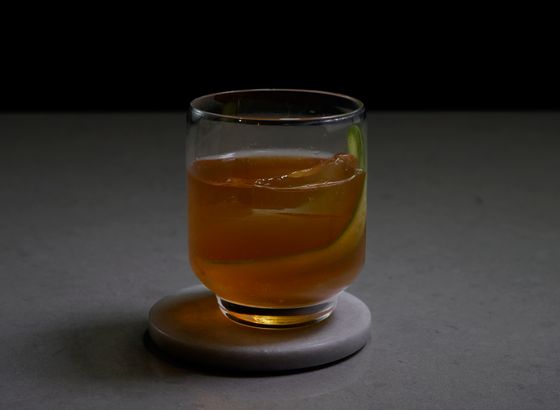